The morning began in Pittburg at the Super 8 and the next few hours were used to catch up on rest and laundry at the local laundromat. After the AM activities we made our way to Harry’s Cafe for lunch. The food was great home cookin’ and they even had homemade strawberry rubarb pie. Throughout the meal I chatted with the owner, Betty Farris. She was excited to tell us about her diner, show us a commercial someone made for her for free on YouTube, and if we had not eaten so much she was going to treat us to a homemade cinnamon roll. As I was cashing out an explaining why I was on this bike ride she pulled a $20 bill out of the register for St. Luke’s!  The photo shoot was soon there after. 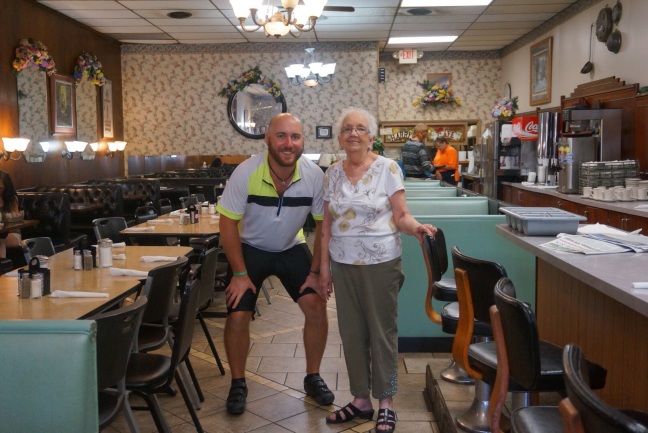 After lunch we did a quick ride to Walnut, a town of roughly 200. As we pulled in the only place that appeared to be open was His & Hers Bar and Grill. I stopped in to ask where we could camp and was informed that there was a park but the best bet would be the baseball park. Our new friend, Trisha, also offered to fire up the grill for us and make us dinner while we set up camp. 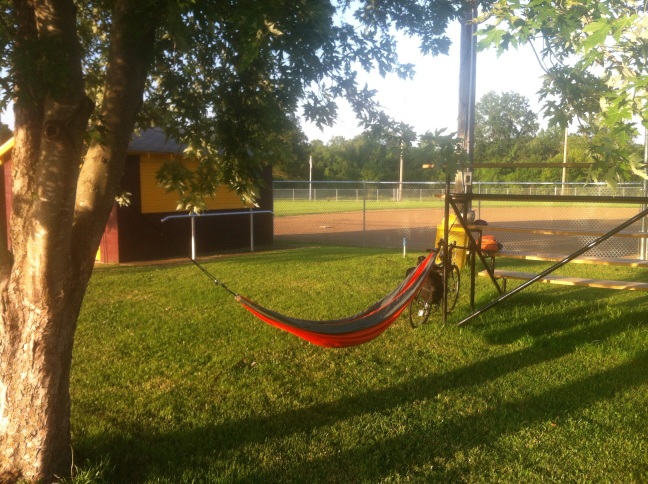 The suggestion was on point!  A great spot next to the ballpark and a great view of the stars!

Once the setup was complete we returned for dinner. Trisha was kind enough to make us burgers and house made curly fries.  Apparently her father bartends on Wednesday nights and does not cook. So she went the extra mile to stick around and make us dinner!  She also brought in a guest bartender just for us, her daughter Kaydra. We quickly found out that one of her favorite movies is The Dark Knight and she loves Elvis. Pretty amazing young lady! It was also creating hearing stories about the town of Walnut, chatting with the locals, and meeting the Norris family. 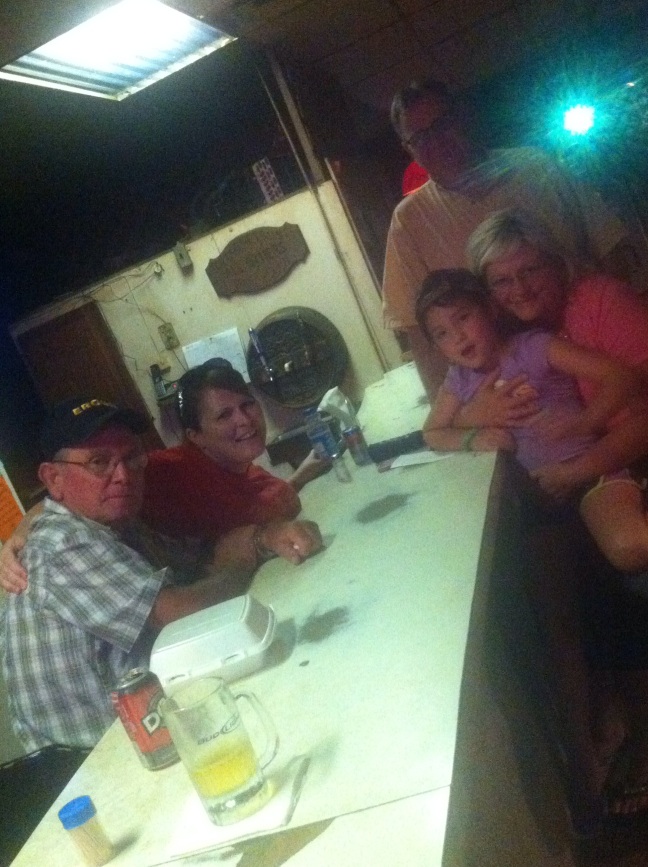