Happy 4th of July and birthday to one of the first donors to bikingforhaiti.com and great friend, Mike McGovern

As with most Independence Days the first half was quite uneventful but the holiday ended with a bang (pun intended . . . .I must be exhausted because that is awful)! We pulled out of Mauckport, IN around 9am and made our way toward Owensboro, KY, roughly an 87 mile ride.

Although we covered more than 3,000 feet of elevation, the day was fairly uneventful until we arrived in Hawesville, IN. We were making great time and roughly 30 miles outside of our final destination when a voice from a family picnic called out asking us to join their family picnic. Although there was some hesitation we quickly turned around and enjoyed an hour of conversation and homemade food courtesy of Mary and her family. It turned out that her father was born in Chicago but his family was born in Mexico. When he began speaking in Spanish and I responded he quickly became my best pal at the party. Although we wanted to stick around a bit longer we already had sleeping arrangements ready for us in Owensboro. 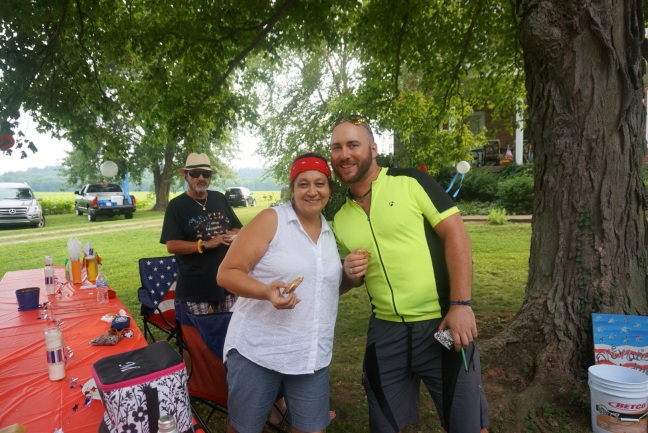 Apparently the meal of chicken, pork, cabbage casserole, potato salad, green beans, and an ice cream sandwich gave us fuel to get to Owensboro in great time, roughly 17mph the whole way. Or perhaps it was our accommodation waiting for us via http://www.warmshowers.com . Bryan and his family have been nothing less than amazing. Upon our arrive he began doing our laundry while we showered. Although he usually has rooms for guests he could only offer his back yard and garage. Nick is in his tent in the yard and I am sleeping in my hammock hanging from the garage rafters. Even at this very moment Bryan is letting me use his computer to type this blog AND he has offered us breakfast in the morning and another night to rest if we wish.

After we got settled in we went out to downtown Owensboro to watch fireworks and to watch his son do some flips: https://www.youtube.com/watch?v=4kDhAkb9VVI 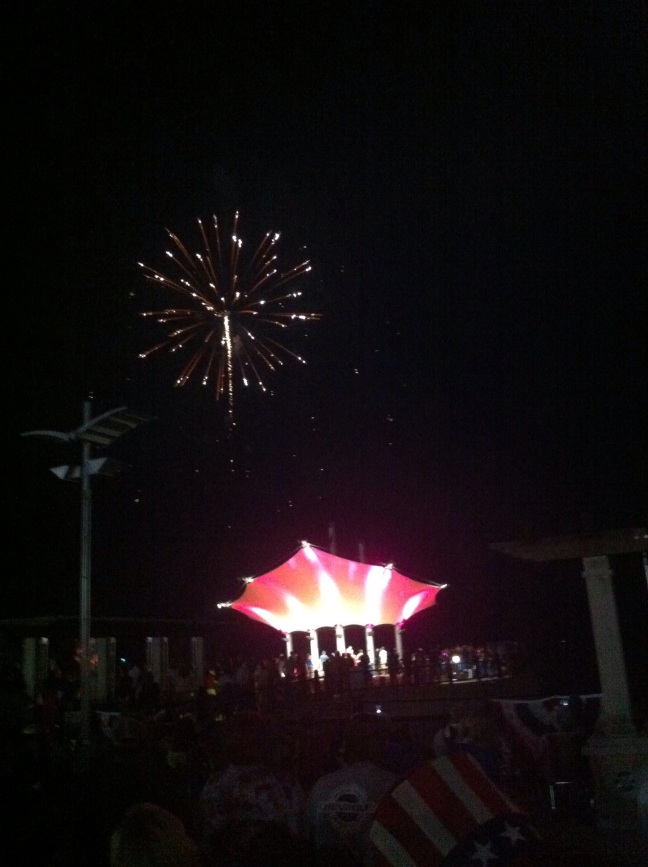