Cave In Rock to Goreville was today’s itinerary. I woke up on the couch in the cabin that Nick and his girlfriend had rented and had a relaxing morning before checkout. We made steak and eggs for breakfast and I even got to dry out some clothes, using less than conventional means.

We ended up departing around 1pm and the rest day really paid off. The first 20 miles I did not have any pain and began to think the next 2,500 would be a breeze. Then the hills, and reality set in. Miles 20 – 40 were rough and I even had my first real encounter with a dog. It was what looked to be a golden retriever and began to chase. As I have been taught I got off the bike and placed it between me and the beast. However, I was slow getting off, but just as I did the dog hit my back wheel, knocked the bike over, and took off. It was a close call but no damage to me, Hope, nor the dog. No picture of the dog, but here is a turtle that Nick moved out of the road, saving it from certain demise. 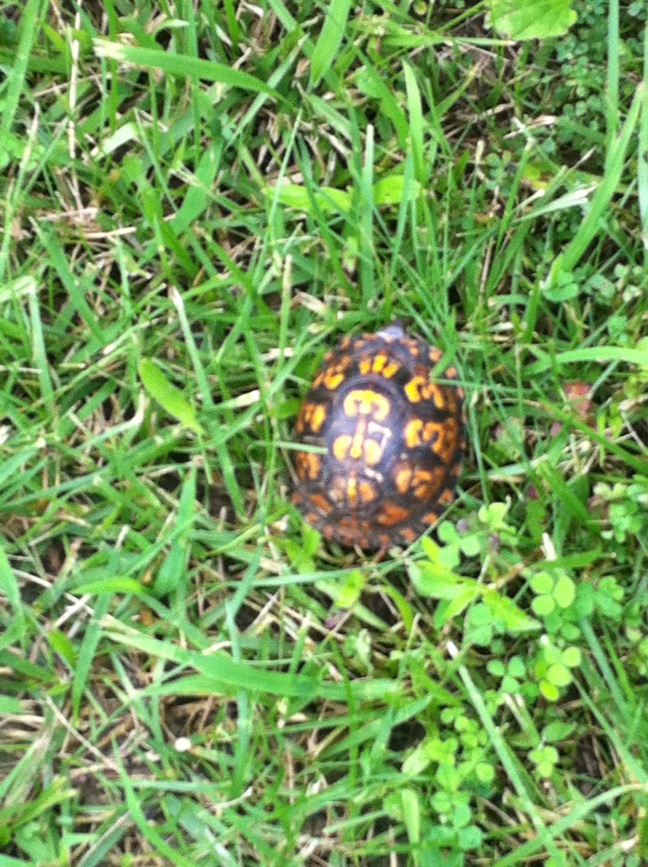 After the hills and the run-in with the dog we stopped at a gas station to fill up on water and grab a bite to eat.

After another 30 miles we had finally made it to the campsite. The showers were a couple miles away so I used my Peace Corps skills and took a shower using the outdoor water faucet and my water bottle.

And as I wrap up today’s blog, I am laying in my DRY (for the time being) hammock and it’s even been raining for the past hour. Maybe I have figured out the tarp situation.