This morning my knees were feeling a bit sore for the previous ride, however with a quick slide of the seat I was as good as new!  We set off around 9am but spent much of the morning cross-crossing downtown Cincinnati. 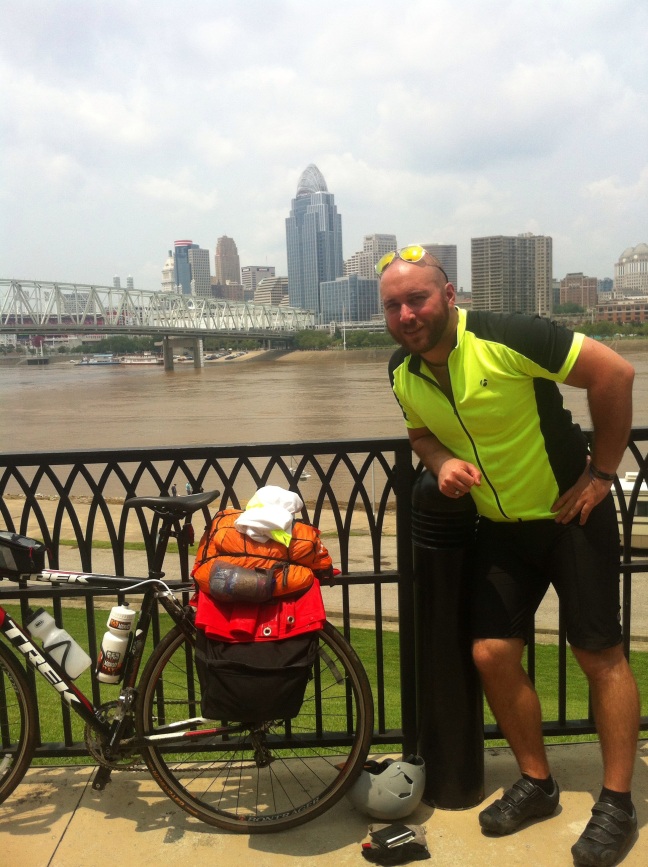 By 1pm we crossed the river and made our way west. Today was just as hilly as yesterday was flat.  Apparently we gained a total of 3,000 feet. We are mostly at convenient stores, but about 15 miles out of Cinci they were few and far between. Instead we were graced with empty roads, fields of tobbacco, and dogs. In fact we were probably chased by 40 of them today and were even told this would be the case. It felt like I was in a zombie movie, always on guard but still surprised when they would come out of the woodwork. 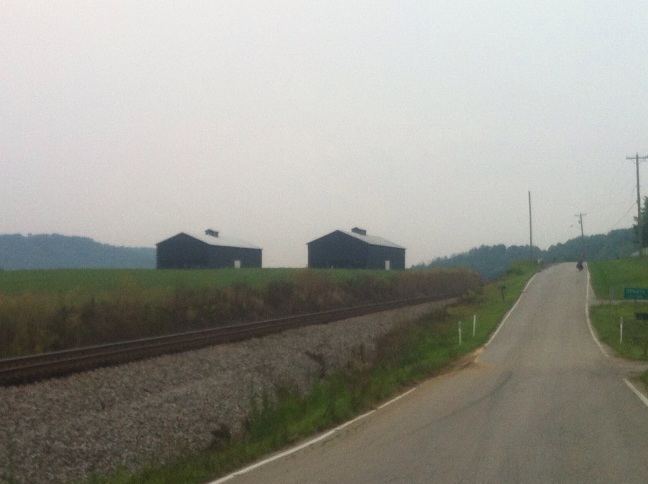 It was a long day, but I feel much better than the day before. Once again, thanks to everyone for your donations and please help if you can. The donate page can be found via http://www.bikingforhaiti.com