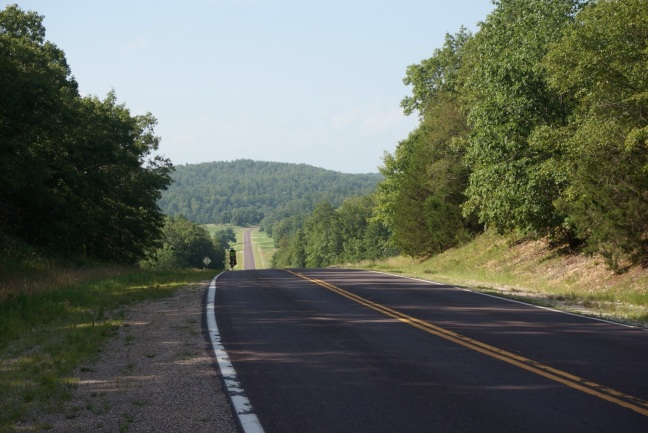 This morning I woke up in the beautiful cyclist hostel in Farmington, MO.  We had intended to leave early, and even woke up at 6:30am, but after a stop at the grocery  and replacing my front tire (there was a bead bulging out that I did not want to risk blowing out on a down hill) we did not get going until 11am.

The ride was quite difficult, physically and mentally. The roads had very limited shoulders and drivers were not patient in the least. I was given a few less than welcoming hand gestures throughout the day. Between that and the neverending climbs (I compared it to the movie Groundhog Day, they just kept repeating), I would have to rank today toward the bottom thus far.

About 50 miles in, and inside Mark Twain National Forrest, we stopped at the Black River for a dip.  There was also a group of 11 fellas from St. Louis hanging out in the river and drinking beer.  One of the guys, Mike, asked about my ride and I informed him about St. Luke’s and he invited me to a beer. It seemed like a fun crew and I would have liked to taken him up on the offer,  but I was already pretty exhausted. Just as we were about to leave Mr. Jones came up on their playlist.  Just the little spark I needed to finish the day.

The last 13 miles were more of the same, but the smell of the surrounding pine trees was something I have never experienced before. In the shade it overwhelmed me like a cool wave of fresh water filled with a sweet pine smell. In the sun it was heavy but refreshing.

We pulled in to Ellington around 6pm. We were both quite shredded as we settled in to the cyclist hostel and immediately searched for dinner. Just down the street we found Saso’s Pizza and Arcade.  There we met Nick the owner and his daughter Nicki. He is from California and was excited to hear I was heading that way!  Nick and I each ordered a salad and a large pizza. Although it was delicious we could have done with one less pie. Nonetheless, Nick, Nicki, and Saso’s were one of the highlights of the day. 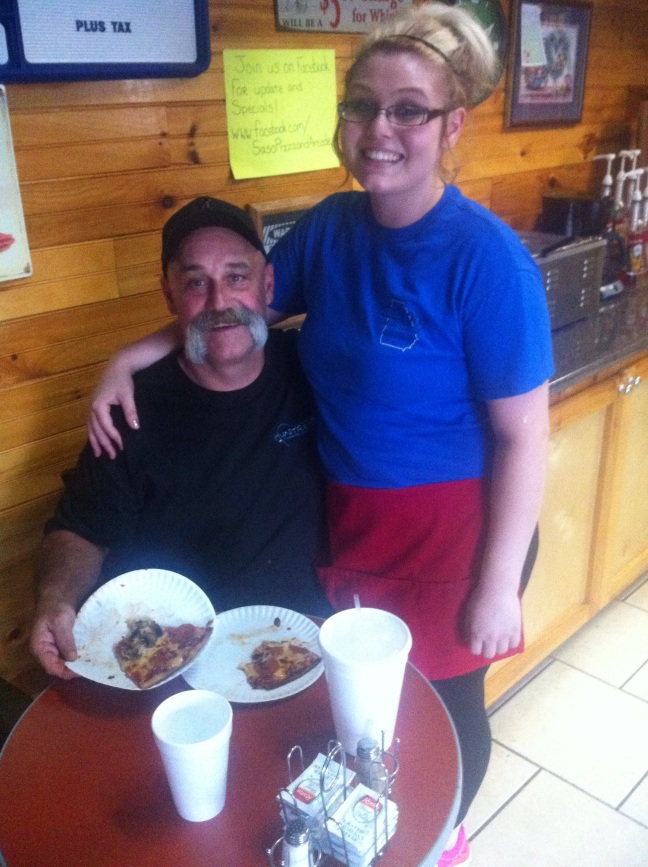 In the morning we have another 40 miles of climbing, but after that it seems to smooth sailing until we reach Kansas by midweek.